This year’s Qatar International Baja will be a count round for both the FIM Bajas World Cup and the new FIA Middle East Cup for Cross-Country Bajas. The Qatar Motorcycle Federation (QMMF) has announced that a three-day event will be held March 24-26.
The two Bajas run in parallel, but their routes and programs are not the same. Baja was devised to reduce conflicts between the FIA ​​and FIM categories as much as possible.
Qatar International Baja will once again be based at the Lusail Sports Arena. The Lusail Sports Arena also hosts regular service parks, management checks, scrutiny and rallying.
Rally officials have confirmed that the qualifying stage, which determines the first starting order for the desert selection section, will also be held near the Lusail Sports Arena.
Four desert stages are planned for FIM participants and three desert stages are planned for the FIA ​​team. The opener is dedicated to FIM events and selectively passes through the deserts of central Qatar, the second and third crossing terrains through the central and northern parts of the country and the final central and southern regions.
On Thursday, March 24th, the FIM delegation will work on the 10km qualifying stage in the morning and then the first stage of 125km. FIA participants will only work on the afternoon qualifying stage. FIM participants will compete on Friday, March 25, on Stages B and C (125 km each), with the FIA ​​team working on C before B.
On the final day (Saturday, March 26), FIM riders and drivers will compete in a short 125km stage D, and the FIA ​​team will finish the desert action in 200km stage D, starting 75km before the start of the FIM special. increase. In December, the new 2022 FIA Middle East Cup for Cross-Country Bajas will be held in Jordan (February 17-19), Qatar, Saudi Arabia (November 10-12), Dubai (December 1-3). Announced that it will consist of 4 rounds on Sunday). .. The Regional Cup offers drivers, co-drivers, teams, T3 and T4 drivers, and T4 teams awards with the highest three scores counting from four rounds. No FIA registration is required to earn points.
This year’s FIM Bajas World Cup will compete in nine scoring events with a factor of 1, and will have a finale with a scoring factor of 2 in Dubai in December. Jordan’s Hashemit Kingdom will be held once next month, followed by two scoring rounds in Qatar, Portugal, Spain, Hungary and Chile, and a second scoring round in Portugal and Saudi Arabia.
The finals in Dubai are open to all competitors, but to get a chance to rank in the FIM Bajas World Cup category, competitors finish one of the previous nine events and score points. Must have been acquired. The final classification will be based on the points earned in Dubai, as well as the best two results in the series. This is valid for all categories of Motorcycles, Quads, SSVs, and Junior Women’s and Veteran classes.
In addition to the quadriceps and SSV, motorcycles up to 450cc (single or twin cylinders, 2T or 4T) are eligible for the FIM Bajas World Cup. Riders with motorcycles over 450cc can compete, but according to the 2022 rules, they will not earn cup points.
Last year’s Qatar event was held in October as the fifth round of the FIM Bajas World Cup, open to only FIM and National Status competitors.
Mohamed al-Balooshi in Abu Dhabi, Haitham al-Tuwaijri in Saudi Arabia and Ahmed al-Kuwari in Qatar won their respective motorcycle, quad and SSV categories.
The revised 2022 Baja will be held again under the chair of QMMF President Abdullaman Armannai, QMMF Executive Director Amuro Alhamad, and Director Abdul Razaqua Al Kwari.

http://www.gulf-times.com/story/708086/Qatar-set-to-host-joint-FIA-FIM-Baja-event-in-Marc Qatar will host a joint FIA and FIM Baja event in March

Bitcoin crypto payment advantages are beginning to be eroded Maha warns of a huge surge in Covid’s case, deaths 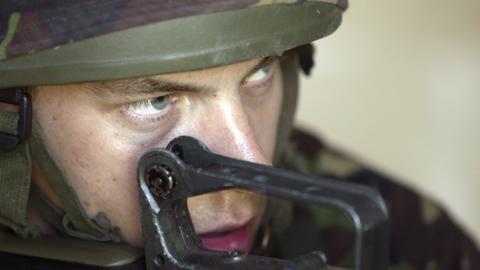