Talk about the prospect of cooperation Alexander Romanov, Deputy Director of IMEMO RAS, said it is important to understand the economic outlook for countries where cooperation is expected to develop. Romanov noted the statement of Chinese leaders that China is entering an era of “new normality.” This means that there is no double-digit economic growth rate. “This is very important so that Russia is not afraid of objective changes in the Chinese economy,” experts warned.

Deputy Director of IMEMO RAS talks about the key provisions of the modern energy system plan of the 14th Five-Year Plan of the People’s Republic of China and analyzes how these provisions correlate with the development of energy cooperation with the Russian Federation. Did. ..

The main difference in the new plan is that it concerns the creation of a complete energy system. It must be environmentally friendly, efficient, low carbon and safe, and the system should be created taking into account global trends and the demands of domestic economic development.

According to Romanov, China’s expansion of natural gas purchases is in line with plans for a gradual transition to carbon neutrality. Progress in cooperation with Russia in this area also seems natural. China is interested in reliable and secure transportation communications for energy supply, and in difficult international situations, land corridors from Russia have an advantage over maritime supply. Supply regimes can be reviewed: If relations with major LNG suppliers deteriorate (40% of all LNG imported by Australia into China, US-10%), China needs to look for an alternative. segment.

However, such development scenarios include many issues that need to be resolved.

First, there are technical difficulties. The issue of the withdrawal of Western companies from Russia and the replenishment of technology after sanctions, and the decrease in access to advanced Western technology when relations with China deteriorate.

Second, these are logistics difficulties. Limited railroad capacity, problems with sources of investment in the construction of new gas pipelines in China, the inability to purchase abroad or produce special vehicles for the delivery of energy carriers on their own.

At the same time, China is not limited to working with one dependent supplier. China has alternative energy sources, and Beijing will strive to diversify them.

Mikhail KurticinThe Rus Energy Agency’s economic analyst and partner has a more restrained view of the outlook for energy cooperation between Russia and China. According to him, China’s cooperation is based on pragmaticism, which has nothing to do with altruism. China is also pursuing an ambush strategy for Russia’s energy, according to Kurticin. It observes and does not interfere, but as soon as there is a slight chance of benefiting from cooperation with Russia, it emerges from the bush.

“Looking at what China’s power generation will look like at the end of the current five-year plan, coal, nuclear and hydropower development will continue to be China’s mainstay. Gas and other energy sources make up. Is less than 8%, so I don’t count on China for now in need of Russian gas, “warns Krutikhin.

https://dfnc.ru/en/russia-news/russian-chinese-energy-cooperation-and-its-prospects/ Russia and China’s Energy Cooperation and Its Prospects – A New Defense Order.strategy Bulgaria: Relocation of Ukrainian refugees to sectoral accommodation has begun-Novinite.com 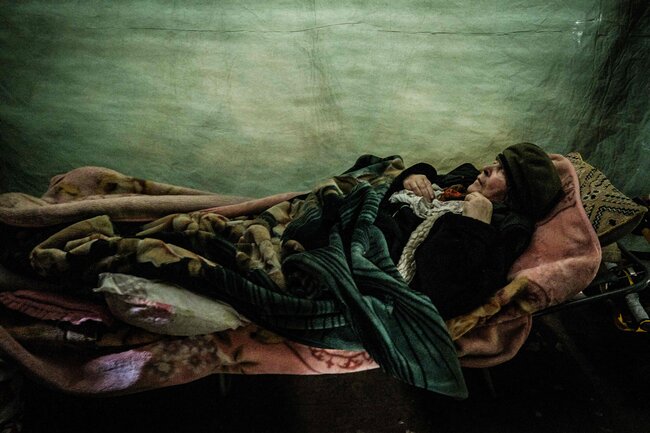 “She is still lying in bed.”A snapshot of how the Russian war upset the lives of older Ukrainians