Saudi Arabia has announced more than $ 6.4 billion in investment in future technology and entrepreneurship. The announcement was made on the first day of LEAP, an international technology platform held in Riyadh until February 3.

Investment and initiatives include the launch of the $ 1 billion Aramco Venture Prosperity 7 fund and a $ 1 billion investment from NEOM Tech & Digital Company focused on future technology. Prosperity7 will fund portfolio companies and provide connectivity to expand and enter new markets to achieve global reach.

Amin Nasser, President and Chief Executive Officer of Saudi Aramco, said: A solution to the world’s most pressing challenges. “

As part of its investment, NEOM has announced the launch of its digital twin metaverse platform, the XVRS. On this platform, virtual reality fuses with physics to create an immersive mixed reality experience. Joseph Bradley, CEO of NEOM Tech & Digital Company, said: It’s a vision that focuses on experience, not scale. XVRS puts human needs at the core. It is designed to provide people with more time, space, and increased safety. M3LD, on the other hand, regains ownership of the data and restores confidence in the data economy. “

Saudi Arabia continues to be the driving force behind the technology and innovation in the region. With over $ 6.4 billion invested so far, the quest to build the ultimate technology hub is underway. # LEAP22 @McitGovSa pic.twitter.com/HTPaADvBv4

Meanwhile, stc announced the MENA HUB, a $ 1 billion investment in submarine cables and data center infrastructure. It supports the kingdom’s rapidly expanding digital and cloud sectors. The company also revealed a new strategic partnership with Huawei Technologies Company. This will enable data center equipment and hardware manufacturing facilities to enhance the kingdom’s capabilities in the high-tech industry, build a local supply chain for technology hardware, and increase adoption of new technologies. According to Saudi companies.

In addition, one of the logistics companies, J & T Express Group, has announced a $ 2 billion investment with eWTP Arabia Capital and other partners. With this investment, J & T will set up a MENA headquarters in Riad to provide sorting centers, car warehouse systems, air cargo terminals, e-commerce industrial parks and other modern industrial facilities and related infrastructure.

Abdulaziz Al-Duailej, President of the General Authority of Civil Aviation (GACA), said: Geographical location in the heart of the Middle East and North Africa to make Saudi Arabia a major center for advanced logistics services. “

“In the next decade, J & T, along with eWTP Arabia Capital and other strategic partners, will invest in cutting-edge hardware and software equipment in Saudi Arabia, train the best team of experts and be the largest intelligent in the MENA region. The Logistics Industrial Complex will be built. Jet Lee, founder and chairman of the J & T Express Group, said:

The Digital Cooperation Organization (DCO), a multinational organization founded to enable digital prosperity for all, makes it faster, easier and cheaper for startups to do business across borders. Launched DCO Startup Passport. Of more than 500 million people. Startup passports provide rapid entry and support to the markets of eight DCO countries. This initiative will first be rolled out in Saudi Arabia and Nigeria.

Deema Al-Yahya, DCO’s Executive Secretary, said: Through this passport, they can enter the markets of other DCO member countries. This further facilitates our mission to coordinate and share expertise in our efforts to grow the digital economy for the benefit of all nations. “

DCO has also approved Elevate 50. This is an initiative launched to help 50,000 SMEs sell their products online over the next three years. Supported by Jordan’s e-commerce platform MakanE, Elevate50 is projected to create 5,000 jobs and specifically target companies run by women and young people.

“These investments and initiatives represent the promotion of the Kingdom towards the growth of the digital economy for the prosperity of people, the planet and the MENA region. These are the largest technology and digital markets in the MENA region, Saudi Arabia. It shows the next level of growth in the digital economy, “said Eng Abdullah Alswaha, Minister of Communications and Information Technology, Saudi Arabia.

In a keynote speech at LEAP22, the Minister said Saudi Arabia is a regional leader in technology talent, has more than 318,000 jobs in the Kingdom’s technology sector, and women’s participation in the ICT workforce has jumped to 28. I pointed out. Percentage of recent years.

Saudi Arabia is also the largest investment hub for cloud technology, with large cloud providers such as Google, Alibaba, Oracle and SAP investing more than $ 2.5 billion in the Kingdom cloud.

Entrepreneurship is also strong, with venture capital investment in Saudi Arabia in 2021 exceeding the sum of 2019 and 2020. France lifts all restrictions on travelers from Kuwait 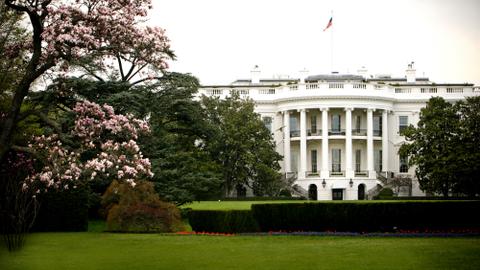 How an empty State Department is undermining US diplomacy