Al-Eqtisadiah newspaper revealed the earnings of 15 Saudi clubs in a report. Al Ahly, who left the professional league (for the first time in SPL history) to join the first division, did not release financial results for the season that ended June 30, according to the report.

Saudi Arabia’s top three clubs account for 86.4% of total revenue, according to Al-Eqtisadiah. The first club is Al-Hilal, with 208.6 million riyals, or 46% of the total sponsorship and advertising deals.

Other Saudi clubs’ revenues did not exceed 1.5% of total sponsorship and advertising deals, according to the report. Al-Faisalya Club’s revenue reached 6.7 million riyals, or 1.5%. Al Fateh and Al Ta’ee Club he recorded revenue of 4.5 million riyals, or a narrow margin of 1.0%.

The league has been renamed ‘Roshun Saudi League’ with a title sponsorship deal worth SR478 million over five years. Roshun Saudi League Patron numbers for his club this season have reached 106 sponsors, partners and advertisers.

In terms of the number of club sponsors and partners in the current league, Al-Ittihad Club topped the list with 12 partners and advertisers, Ettifaq Club with 10 and Al-Shabab Club with 9.

The number of Al-Raed Club sponsors and partners has reached 8. Meanwhile, Al-Nasr, Al-Tawoon, Al-Wedah and Al-Faiha each have seven. Al-Hilal, Abha, Al-Fateh 6 each. 5 each of Damac, Al-Batin, and Al-Tai. Al-Adalah and Khaleej have three each. Pilgrims arrive for the largest Mecca pilgrimage since the pandemic 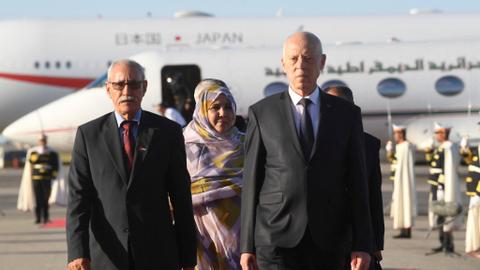 QU Alumni Association has a new board of directors