Mangaluru: From Monday to February 19, the Udupi district administration imposed a ban under Section 144 of the CrPC in all areas around high schools in the district.

The move will be part of a precautionary measure as schools will reopen on Monday after a holiday declared by the state government in light of the Hijab and Saffron shawl controversy.

Section 144 of the CrPC empowers justice of the peace, especially empowered by the state, to indulge in certain acts for the sake of law and order or the general well-being of people. Limit. Here we limit the gathering of 5 or more people in the area.

The order was cracked down after police district foremen requested Deputy Chief Cabinet Secretary M Kurma Rao to impose Section 144 within a 200-meter radius of all high schools.

By order, it is not permitted to gather more than 5 members around the school. All types of meetings, including protests and meetings, are prohibited. Exciting slogans, songs and speeches are strictly prohibited.

As protests intensified, the state closed schools and colleges for three days starting February 9. However, the court ordered the school to reopen on February 10 and obeyed the state’s hijab dictat until the court made another decision.

(There is input from PTI) 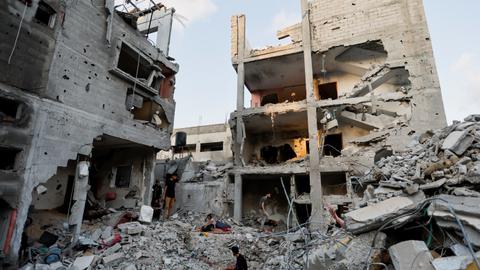