Despite the thriving economy, the Singapore government remains reluctant to enact a Freedom of Information Act.

The Singapore government has consistently rejected attempts to enact freedom of information, arguing that it serves frivolous and nefarious purposes while affirming the state’s right to collect and control information. This reflexive disdain for Freedom of Information (FOI) suggests a fundamental misunderstanding of such laws, or that governments have some different ideas about building public trust.

2012, then Deputy Prime Minister and Finance Minister Tharman Shanmugaratnam Acknowledged the need for transparency and accountability But it has drawn a line in releasing government data on defense and economically sensitive foreign investment. “Trust and transparency are two different parts of the system of accountability,” the minister stressed.

This misguided view will continue to permeate the thinking of the Singapore government.

The FOI requires governments to publish necessary information about government policies, project developments and activities, and the public has the right to request such information. Trust in government is thus a consequence of transparency rather than a precondition for (or not) releasing information.

The Singapore government’s negative portrayal of FOI paints transparency and government accountability as contrary to good governance. Meanwhile, FOI advocates have been accused of undermining Singapore’s social stability and national interests. A negative relationship with the FOI is that the government has free control over state information and is the only arbiter that the government determines is appropriate, useful, and safe for the public to know. means

In 2011, opposition Workers Party member Pritam Singh Necessity of FOI ActGiven the public’s growing reliance on online media and the need for governments to build trust and combat online misinformation, Singh was criticized. Suggest that the government manipulates and controls the mainstream media And the FOI issue drowned in resentment.

In 2020, then-opposition leader Singh investigated the government for data on the number of citizens and non-citizens employed.Minister of Trade and Industry Chan Chun Singh doubted the intent of the question, accused Singh of trying to drive a discriminatory xenophobic wedge among the people of Singapore. Chan said such data would not matter in public debate as long as the ruling party provided the jobs needed to keep Singaporeans employed.

This is not to say that the government is keeping state information secret. one mapis a multi-agency portal that allows users to obtain geospatial data for a variety of purposes, for example, parents wanting to know about nearby schools, to businesses wanting to evaluate suitable locations.

Such a digital system is smart nation A dream of connectivity, integration and inclusiveness. But they did not account for the rise of “smart citizens” — citizens with reliable and comprehensive knowledge at their disposal, who engage and participate in public debate.

On the other hand, the government publish its financial accounts annually through the Comptroller General To reflect a degree of accountability, such releases are controlled by the government and open discussion is not permitted. Nor does it involve the regular release of classified national information to ensure that governments are held accountable for their actions.

In fact, easy access to information Significant impact on public participationIn Congress, political parties can create solid and well-researched policies that contribute to the contest of ideas that will move the country forward. It also provides a basis for civil society and interest groups to ask questions about government policy and use data to propose new ideas and solutions.

With access to public information, journalists can scrutinize and better translate government policies to enhance democratic participation and hold governments accountable. The right to information distinguishes between journalism acting as a watchdog for politics and an advocate for the government.

On the more ideal side, FOI law would allow governments to take transparency and accountability seriously, not fear public scrutiny, and actively engage all sectors of society on a level playing field for information and ideas. clearly indicate your willingness to engage with For this, A traditional advocate of good governance We have placed high priority on the government’s ability to subject itself to public scrutiny and reduce information asymmetries. FOI enables governments to improve access to policy ideas and increase public confidence.

In the short term, information monopoly is detrimental to national interests and contradicts the government’s belief that knowledge is essential to Singapore’s survival. In the long run, it will erode trust in government. But the government’s relentlessness in pushing her FOI to the sidelines of “bad policy ideas” does little to encourage citizens to play a more active civic role. Nor can it encourage a more nuanced view of FOI. This means that no single law is perfect and people are free to learn from different societies and adapt to create their own laws.

howard lee Lecturer in Communications at Murdoch University. He was the former editor of an online news site in Singapore, where he worked for over ten years as a public communications specialist in Singapore and the UK government. His research areas include media he governance, governmentality, social surveillance, media freedom, and public communication. Dr. Lee has declared no conflicts of interest and he has not received any form of funding for the production of this article. 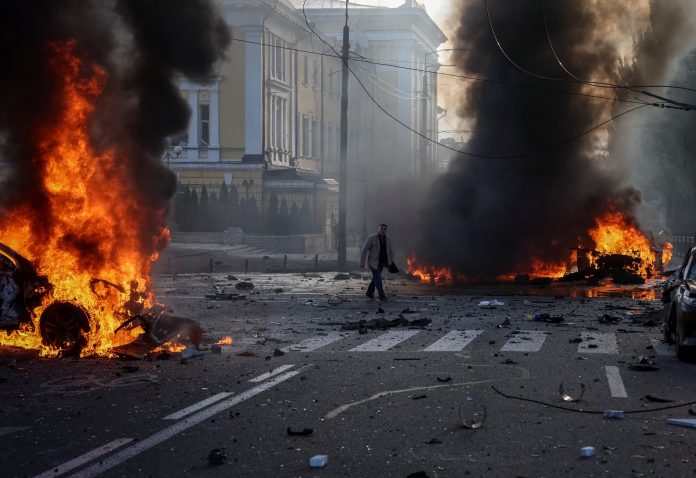 President urges children to continue wearing masks in a pandemic