The eruption of a volcano on La Palma, Spain, destroyed hundreds of homes and vast farmlands, officials said yesterday, more than three months after the eruption began.
This announcement follows a 10-day low-level activity from Cumbre Vieja volcano on a small island that is part of the Canary Islands on the northwest coast of Africa.
The eruption, which began on September 19, spewed a river of melted rocks, sending out ash smoke containing toxic gas into the air, with no direct involvement of casualties or deaths.
However, it destroyed 1,345 homes, primarily to the west of La Palma, and the irrigation infrastructure of schools, churches, health centers, and farms.
Dramatic footage of the first day of the eruption was repeatedly televised on Spanish television, showing a cloud of thick smoke swallowing the belfry of the church before it collapsed.
Slow-moving lava covers 1,250 hectares of land on its way to the Atlantic Ocean, many of which are banana plantations and is La Palma’s main livelihood along with tourism.
The eruption with frequent earthquakes is the first eruption on La Palma since 1971 and the longest on record for an island of about 83,000 people.
About 7,000 people have been evacuated from their homes and many are given only a few minutes to pack their luggage.
According to local authorities, the damage caused by the eruption could exceed € 900 million ($ 1 billion).
Spain’s Prime Minister Pedro Sanchez, who visited La Palma several times during the eruption and promised to help rebuild La Palma after a disaster, described the news as “the best Christmas gift.” “We will work with all agencies to reopen the wonderful island of La Palma and repair the damage caused,” Sanchez tweeted yesterday. His government has so far promised € 225 million to help with reconstruction efforts, such as buying temporary housing and providing financial assistance to those who have lost their jobs. Experts warn that it will take years to clean the land destroyed by lava and remove large amounts of ash from buildings and roads.
Soldiers in the emergency unit have been removing ashes from the roof during the eruption to prevent the building from collapsing.
Volcanoes continue to emit toxic gas for a long time, which can pose a threat to the population. Lava also takes a long time to cool to a safe level.
“The end of the eruption does not mean that the danger is gone anymore,” said Julio Perez, head of emergency response for the Canary volcano.
“Risks and dangers continue,” he said at a press conference. Many locals complain that state aid is delayed and leave the island known as “La Island Bonita” (“Beautiful Island”) because of its lush landscape. There is also.
“Public agencies don’t stand up to this disaster, so I may have to go to another island and look for something else,” 50-year-old banana farmer Victor Manuel recently told AFP. Told.

Heavy rains are evacuating thousands of people in northeastern Brazil

Political parties will do their best to attract voters As a big relief, bubble placement between India and Saudi Arabia from January 1st RBI working on a gradual implementation of digital currencies Djokovic withdraws from the ATP Cup, deepening suspicion of the Australian Open 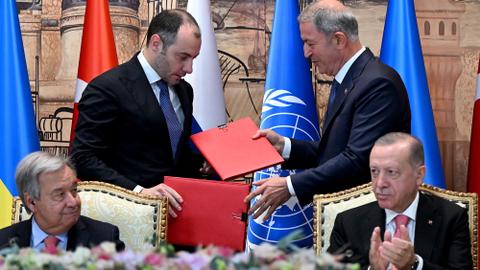