On January 6, Kuwait’s Indian Ambassador to India, HE Sibi George, gave a keynote speech on the topic of “Strengthening Asian Cultural Cooperation” at the lecture hall of the University of Kuwait at the invitation of the Secretary-General of the Asia Cooperation Dialogue (ACD) HE Pornchai Davivathana. I did it. Below is the transcript of that address:

Thank you for inviting me to this very interesting initiative by the Secretary-General of ACD with Kuwait University. We would like to thank the university for hosting this seminar today. I am grateful that the Secretary-General has successfully directed the ACD platform under his leadership.

We would also like to thank the Republic of Turkey. Last year, the 2021 to 2030 ACD blueprint was adopted, identifying culture and tourism as key pillars of the ACD platform.

That is also a lot of greetings. In fact, Kuwait’s Indian community, which most of us here have been familiar with for generations, is a cross-section of India, representing its rich and diverse cultural resources, the spirit of civilization and its diversity. ..

In fact, while talking about “strengthening intercultural cooperation in Asia,” I would like to start with bilateral involvement between Kuwait and Kuwait in India. Cultural involvement with Kuwait is deeply rooted and has been around for decades. In fact, a few generations ago, Kuwait’s friends were traveling the Arabian Sea for trade and business.

This year marks the 60th anniversary of the establishment of diplomatic relations between India and Kuwait, and we are organizing a series of cultural efforts over a year. My purpose is to host 600 events in Kuwait during the 60th Anniversary Celebration with the participation of Kuwait’s friends.

A series of joint events are planned with the National Council of Culture, Arts and Letters (NCCAL), covering the entire range of culture, art and letters. Another example is a movie. Indian films continue to be shown in theaters and homes in Kuwait. There is also a memorandum of understanding on cultural cooperation with Kuwait, completing the CEP Cultural Exchange Program for the next four years. This involvement with Kuwait is exactly the same as with other GCC countries in the Gulf region, which is part of our extended neighborhood. What I said about Kuwait is similar to its involvement with other Gulf countries. It is also similar to our relationship with the East. India has a very active Act East Policy and is helping to build relationships with Southeast Asia, including Thailand and Vietnam.

I would like to focus on three important institutions in India. ICCR – Indian Council for Cultural Relations. Under the Ministry of Foreign Affairs, the institution has several initiatives to develop cultural involvement, such as providing scholarships to international students to study in India. The Ministry of Culture of India, which leads cultural agreements with the world and produces international cooperation in culture.

AYUSH province plays a very important role in promoting Ayurveda and yoga. There is an AYUSH information cell in Kuwait. In short, the essence of India’s involvement with the world is deeply rooted in the spirit of its civilization. The essence is the idea of ​​”vasudhaiva kutumbakam” (the world is one family). 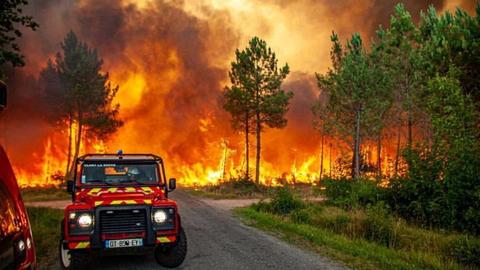