The collapse occurred in a closed mine in West Kordofan. There miners wanted to keep extracting gold. Many mines in the area are under military control.

Sudanese gold mine Collapsed 38 people died on Wednesday, and a second incident occurred at the same mine this year. In January, another accident killed five miners.

Oddly, the collapse happened in a closed mine, officials said.

Due to the dire economic situation, people like the villagers of Huja in West Kordofan are digging up mines without proper safety conditions.

“But in Sudan, most mining is done by artisan miners, which means that the general public is working to mine gold in different parts of the country,” says Baldo. TRT world.

The collapsed mine was one of this kind of operation.

Almost 2 million Sudanese Out of a total population of 44 million, he works as a craftsman miner nationwide. About 80 percent Of gold production in North African states. However, Mr. Baldo believes that artisan mining can account for about 95% of total production.

Craftsman miners usually follow a particular gold vein to dig a deep ditch, the route of which goes horizontally and downwards. “They continue to dig without safety measures, without reinforcing the site with trees or other means that would prevent them from collapsing,” says Baldo. Their experience helps identify various gold veins in the bedrock, he says.

“If these trenches exceed 20 meters in depth, they can be very dangerous,” says Baldo. As a result, the annual Fuja-like mines collapse, he says.

According to Baldo, the Sudanese mining ministry has no actual effort to enforce a national mining law that prohibits artisan miners from digging ditches beyond a certain depth.

Sudan has the second largest gold reserve in Africa as a whole, but is still one of the poorest countries on the continent. So what about that wealth?

Some die, some get rich

While many artisan miners continue to die in hand-dug “wells,” some people, such as Mohammed Hamdan “Hemeti” Dagaro, one of the country’s most powerful generals, “dwell” minerals. It seems to be getting richer by “processing” and selling large quantities of gold sticks to countries like the United Arab Emirates.

“I’m not the first person to have a gold mine. Sure, we have a gold mine and nothing prevents us from working with gold.” Confidently said Hemeti During an interview with the BBC in 2019.

It is true that he has no real power to prevent him from running the mine, but the only problem seems to be the fact that Hemeti is not a private entrepreneur looking for opportunities in Sudan’s lucrative gold mining business. Looks like.Instead, he is the leader and infamous chief of the country’s most powerful paramilitary organization. Rapid Support Force (RSF).

The rise of Hemeti’s explosive power partially explains why he runs a gold mine. Hemeti grew up in the turbulent Darfur region of Sudan, which carries much of the country’s gold reserves. He is one of the founders of RSF during the Darfur conflict to quell the rebellion and has been accused of being responsible for tens of thousands of deaths.

As a kind of reward for his service to former Sudanese leader Omar al-Bashir, Hemeti was allowed to control the gold-rich Darfur’s Jebel Amer Mountains. Suddenly, Hemeti became Sudan’s largest gold mine operator.

“If we put that money into public services such as education, health and job creation in Darfur, the conflict zone becomes a big asset for Sudan,” says Abdi Samatal, a scholar at the Faculty of Geography, Environment and Sociology. .. University of Minnesota.

“The tragedy is that governments and military personnel think it’s all about themselves,” says Samatal. TRT world.

Hemeti’s brother, who is also the Deputy Head of RSF, runs a family money business under a company called Argunard. “Hemeti and his brother are just one of the many private sector entrepreneurs involved in the gold processing sector,” said Baldo, who says how their company uses mineral waste to process gold. Explain how you are using it.

“The trouble is that they also have political and military power and are developing economic power. This is not good for Sudan,” says Baldo. But he still thinks they haven’t “monopolized” the country’s gold sector. “This is not the case.”

According to official documents, the company sold about $ 30 million worth of gold bars to Dubai “for about a ton” in late 2018.

It wasn’t the only one that Argnard sold gold without the supervision of the central bank of the country that normally controls gold exports. Thanks to the intervention of Omar al-Bashir, the company was able to control the central bank.

Under pressure from both opposition forces and powerful generals, Bashir allowed Argunard to export gold without the supervision of a central bank, believing that Hemeti could protect him from political collapse. Extensive Reuters reports.

“This happened during Basir’s rule. In the last few months of his rule, Basir gave him permission to export gold directly to the United Arab Emirates. They did it and then some. I made a profit, “says Baldo.

However, when protests first intensified across the country in 2019, Hemeti did not hesitate to switch to opposition, leaving Basir in a hurry. Since then, Bashir has been in jail.

In the new interim government, Hemeti is the second most powerful general after Abdel Fatta al-Barhan, the country’s highest military leader who launched a coup last month to expel civilian leader Abdullah Hamdock. ..But Hamdock and Barhan have arrived Controversial transactions this month.

Baldo argues that “smuggling gold to Dubai” will be even easier after a recent coup. There are also claims that Russians are smuggling gold sticks from Sudan.

According to some others, “some’first-class figures’ are working with Russian companies by smuggling gold from the northern states of Sudan,” Sudan does not want to be named in the article. Scholars say.

“Russia’s Wagner Group is known for providing security and political services to both the military and RSF. Wagner has a subsidiary, Meloe Gold, which is involved in the exploration and processing of gold tail mines. “Mr. Baldo says.

“They produce a fair amount of gold, and this is how military facilities pay for their services,” he adds. How are businesses in the Middle East tackling diversity, equality and inclusion? 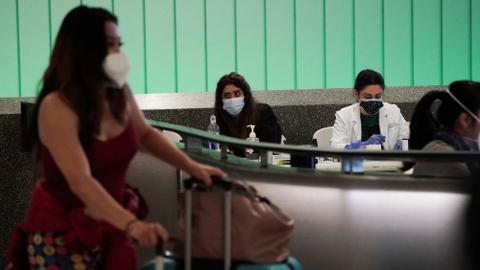