The Kremlin’s war against Ukraine is one thing many Russians don’t want to fight.

And some people are so fiercely opposed that they seem ready to take up arms against their country and fight the Ukrainian army.

Russian Freedom Corps claims it was formed Over 100 Russian soldiers surrendered in March to the Kyiv army.

“Anyway, I ended up in this war. A former Russian soldier turned legionnaire asked to be called Arni.

In addition to ex-soldiers, this corps apparently consists of Russians who traveled to Ukraine with other foreigners to fight the Ukrainian army in the months following the invasion. This is one of many units, from Georgians to Belarusians, operating as part of the Ukrainian Defense International Corps established by Kyiv at the start of the war.

But unlike other national forces, the Russian Freedom Corps is shrouded in secrecy, from its exact size to where it fought. Some even argue that the lack of information suggests it is nothing more than a PR project for Ukraine.

“manifest,” the Corps pledged in April to “fight for a new Russia,”[President Vladimir] Putin’s dictatorship. ” Soldiers in the unit use the white-blue-white flag, which has become a popular symbol of the Russian anti-war movement.

Speaking to The Moscow Times in a face mask-covered video call, Arni said he decided to join the Corps to fight for the “light side.”

One of the Corps’ best-kept secrets is its size, with estimates ranging from a few hundred to over 1,000 soldiers.

Ukrainian Presidential Advisor Oleksiy Arrestovich Said In June, the group had “hundreds” of members.But the Legion insisted Last month it consisted of two “fully manned battalions”. This could potentially mean over 1,000 fighters.

Accurate information about the number of soldiers is “confidential,” Arni said. However, he said about 300 requests to join the unit are submitted every day.

“This many people don’t come in every day. We need to see those requests. [Russian] Intelligence agencies are trying to spam us, ”said the soldier.

The unit is active on social media and has more than 94,000 combined subscribers on its accounts. In a June video, the group claimed to have supporters across Russia who are helping spread information about how to become a member.

Another soldier, who spoke to The Moscow Times on the same video call as Arni, said he traveled from Russia to Ukraine in April to join them.

“I want to fight Putin, so I took risks. I want a free Russia,” said the 25-year-old soldier who claimed to be in Ukraine and gave his name as a professor. .

He said he was a graduate student at a university “somewhere” in central Russia and began supporting the opposition following the protests in Moscow. protest Arrests of dissidents in 2019 Activist Yegor Zhukov.

He said he was “embarrassed” and “couldn’t leave” when the war started in February.

Most members of the corps keep their identities a secret for fear of reprisal and to protect their families.

A group of masked men claiming to be members of the corps said at a news conference in Kyiv in April that they were former Russian soldiers, but they were not aware of the Russian unit or where they served. refused to provide information about

The Corps has admitted to recruiting recruits in Ukrainian prison camps, posting videos of Russian prisoners of war naming themselves, denouncing the Russian regime and swearing allegiance to the Corps. It is unclear if these men were under duress at the time, and one video shows a soldier with what appear to be cuts on his face.

The most high-profile member of this group is Igor Volbuev, a former executive at Russia’s state-owned bank Gazprombank. to be born Volbuyev spent most of his life in Moscow in northeastern Ukraine, but fled to Ukraine after the invasion, where he died in June. junction Corps to make Russia a “liberal democracy”.

In addition to its size, there is also little information about where the legion was involved in combat.the legion claimed the soldier Arrived In eastern Ukraine, in May, in what is believed to be footage from the Telegram channel showing Fighting near a city in eastern Ukraine Sheviero Donetsk When Lyschansk.

Some argue that the secrets surrounding the Legion may not be what they seem.

“There may be some [Russian] Ilya Ponomarenko, defense and security correspondent for the Kyiv Independent, told the Moscow Times.

Recent report Harper’s Magazine describes Ukraine’s inability to handle and deploy the foreign fighters that swarmed into it in the weeks following the invasion, noting that foreign forces are more focused on public relations than reality. suggested.

Ponomarenko said the fate of foreign fighters in Ukraine largely depended on the unit they ended up with and their commander.

“The International Legion is clearer. [of foreign soldiers] And they took part in battles, for example, in Irpin, Sheviero Donetsk, Lischensk, ”he said. “But little is known about [Freedom of Russia] Legion.

State-run Russian media and pro-Kremlin telegram channels Asked Complete the existence of the Legion, call it is fake or claims to be fake Created by Ukrainian intelligence services.

At the same time, however, Russian authorities have detained at least three men for alleged ties to the militia, according to media reports.

Russia Enhanced The Treason Act came into force last month, and those who fight against the country “in armed conflict, hostilities or otherwise” can be jailed for up to 20 years.

Aside from the risk of them being captured by Russian forces, fighting for Ukraine forces those enrolled in the Corps to face a moral dilemma.

“There is resistance inside me,” a soldier who identified himself as a professor admitted to the Moscow Times.

“I realize there are people like me on the other side. But I can’t go against my principles — I want my country to be free and democratic. 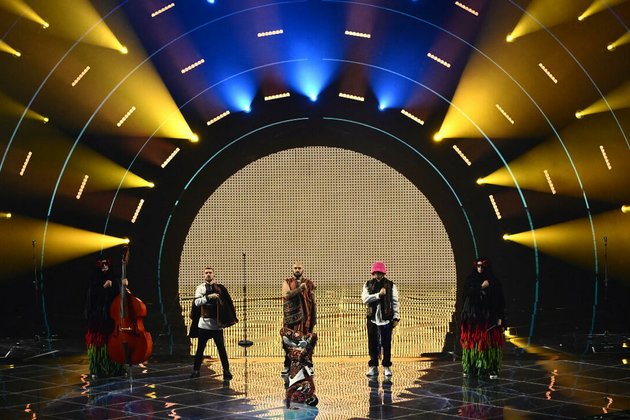