Despite promises and reassurances by the Taliban about how to treat women and protect their rights after they took control of the country in August 2021, the Taliban’s decision proves the opposite.

The Taliban have banned Afghan women from entering public parks, amusement parks and gyms in Kabul with a new law. It has become the last recreational site available to women due to severe restrictions imposed by the Taliban regime.

The new law, which went into effect this week, specifically bans women from traveling unaccompanied by men, forces them to wear headscarves and burqas outside, and removes them from shrinking public spaces after schools are closed. It would further exclude Afghan women. In the case of a girl in her teens over a year before her, common in most parts of the country.

“Over the past 15 months, we have done our best to arrange and organize. In addition, we have given dates,” said Mohammad Akif Sadiq Mohajir, spokesman for the Ministry of Anti-Vice and Promotion of Virtue, late Wednesday. told AFP. , November 9th.

“But even then in some places, actually in many places, the rules were broken,” said Mohammad Akif.

“Most of the time I’ve seen both men and women together in the park, but unfortunately no hijabs. So I had to make another decision and for now, all I have ordered the parks and gyms in the city to be closed for women,” he added.

The decision was met with disappointment by women and park operators who have invested heavily in upgrading facilities, AFP reports.

Before this week’s ban was imposed, parks were reported to have had hundreds of visitors on days when women brought their children to family gatherings, but recent decisions have put an end to this entirely. rice field.

During the movement’s rule of the country from 1996 to 2001, the Taliban imposed strict rules on citizens, especially women.

Also, girls in those days were not allowed to study, and women were forbidden to work, serve in the government or the army, or travel. 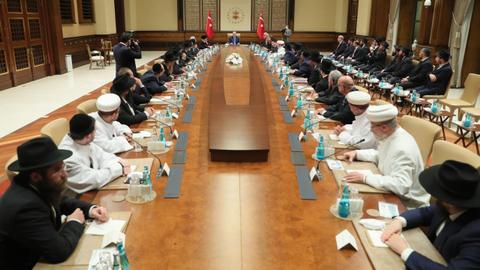