The James Webb Space Telescope, with its unique capabilities, is set to look for signs of life on extrasolar planets and observe how the first galaxy was formed and evolved.

The James Webb Space Telescope jumped into the high stakes quest to explore the universe for hints of life, seeing the light from the first stars and galaxies.

The world’s largest and most powerful space telescope soared from French Guiana on the northeastern coast of South America on Saturday at 1220 GMT.

“It will give us a better understanding of our universe and our position within it: an eternal quest for who we are, what we are,” said NASA Administrator. Bill Nelson said earlier this week.

The observatory plunged into an orbit 1.5 million kilometers (930,000 miles) away, known as Lagrange 2.Takes a month Get there Another 5 months before we are ready to start scanning the universe.

As a successor to the aging Hubble Space Telescope, NASA has partnered with space agencies in Europe and Canada to build and launch a 7-ton telescope. Thousands of people have been working on telescopes since the 1990s.

There is a lift off @NASAWebb Space telescope!

At 7:20 am ET (12:20 UTC), the beginning of a new and exciting decade of science climbed into the sky.Web mission #UnfoldTheUniverse As we know, it will change our understanding of the universe. pic.twitter.com/Al8Wi5c0K6

The telescope has an infrared vision, dating back 13.5 billion years ago when the universe was young and the first galaxies began to form.

It also looks at the atmosphere of planets called exoplanets and looks for elements such as traces of liquid water to explore potentially life-bearing planets like Earth.

However, it has taken about 30 years and $ 10 billion to build since it was launched, and this telescope has no second chance.

Here is: The final view of humanity @NASAWebb When it goes to deep space to answer our biggest question. Alone in a vast space, Webb will soon begin a process of about two weeks to deploy antennas, mirrors, and shades. #UnfoldTheUniverse pic.twitter.com/DErMXJhNQd

“The most complex spacecraft activity”

The James Webb Space Telescope was so large that it had to be folded like origami to fit into the Ariane 5 rocket that would carry it into space.

The exhibit is an 18-part gold-plated mirror 6.5 meters (21 feet) in diameter, a five-layer awning that protects the observatory, and is essential to keep the mirror and infrared detector at sub-zero temperatures. is.

A awning about the size of a tennis court is set to open 3 days after lift-off and take at least 5 days to unfold and lock in place. Next, the mirror segment opens about 12 days after the start of the flight.

“The deployment of Webb is a continuation of the most complex spacecraft activity we have ever done,” said Mike Menzel, Webb’s mission lead system engineer. YouTube video..

In addition, Webb’s journey is millions of kilometers away from Earth, and crews cannot be dispatched to repair the telescope in the event of a problem.

https://www.trtworld.com/life/world-s-most-powerful-telescope-blasts-off-into-space-53003?utm_source=other&utm_medium=rss The world’s most powerful telescope jumps into space 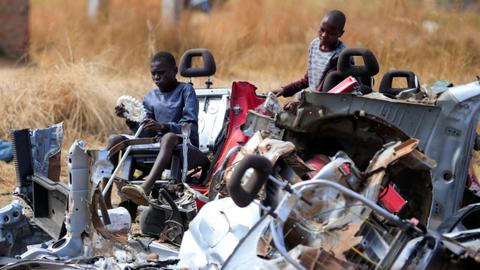