Katarína Nováková Grubb has a career in the United States. She lovingly remembers 2020 despite the pandemic.

“My first room was on a hill overlooking the graveyard,” smiles Catalina Novakova Grab, recalling her beginnings in New York City. More than 15 years have passed since she first came to the big city as a student as part of a work and travel program, but she just found a new home and realized that it would change her life. I didn’t.

Her motivation for coming to New York was to improve her English, gain work experience, and get to know the United States better. She currently works for a company involved in stem cell therapy. Through the Slovak branch, hundreds of people from Slovakia are being treated, some with financial support from charities. In New York, Katarína Nováková Grubb is an active member of the Slovak community, and her energy is an indelible part of the Slovak masses in Manhattan and various other events.

Katarína Nováková Grubb has built a large network of contacts since she first came to the United States. But her beginnings were humble, waiting for a Manhattan table. After that, she lived in more remote areas such as Queens and Brooklyn, so commuting usually took more than 90 minutes. She often went home by 2 o’clock in the morning.

“I slept inflated with my friends. It wasn’t easy to get started. Nobody knew. I had to work hard to get something done,” says Nováková Grubb. .. She could afford to live in Manhattan a few years later, but lived in a shared apartment on the 5th floor without an elevator. “I know that at the Friends show. In New York City, it’s normal for people to share an apartment because of the higher rents and higher prices for apartments.”

She has been in Manhattan for 10 years and recently moved to West Point, New York, where she lives with her husband Andy.


A Slovak community cheering during a marathon in New York. (Source: Provided by KNG)

Nováková Grubb is currently working at Blue Horizon International, a company involved in stem cell therapy. “Thanks to my work, I got to know many interesting people and visited many places that I might not have been able to visit otherwise, such as China, Australia, Jamaica, Saudi Arabia, Dubai and Oman. . “

But the most enjoyable business trip was a trip to Slovakia. After her company and the charity she works in New York set up a branch in the country.

“I’ve been working on this project since 2012. It wasn’t easy, but I’m happy to help more than 400 people get stem cell therapy. Most of our patients are from Slovakia. I also raised money to help the Slovaks who couldn’t afford this treatment. “

But Slovakia remains special to her. She is proud of her origin and loves to return to the city of Trenčín in western Slovakia. “I love Slovak music, folklore, our food, customs and traditions … yes, I brought the entire folk costume to the United States!” She actively participates in the lives of the Slovak community, where she meets at various events, including the Mass of the Church in Manhattan.

“Many people may not know that there is a Slovak church in the heart of New York City and that the Holy Mass of Slovakia is held every Sunday,” she said. “We also hold a variety of events. We support marathon runners in front of the church. It’s always a great place to relax!”

Catalina and her husband Andy also participate in events organized by the Consul General of Slovakia, the Permanent Representative of the United Nations in Slovakia, and the group “Slovak Experts in New York”. “We are looking forward to Christmas now kapustnica (Cabbage soup). “

Good things are easy to see from a distance

Living abroad has shown her many things that the Slovak people take for granted, but not in the United States. These include holidays, paid parental leave, and general family time. Schools and medical costs are also very high in New York, she said.

“The length of paid leave is not comparable to Slovakia. [where employees are entitled to at least 20 days by law].. There are only 10 days a year here. If you are ill and need to go to the doctor, it counts for that number of days, “says Novaková Grubb. Paid maternity leave is also much shorter, 12 weeks for 7 months in New York. In Slovakia.

“In addition to the day-long Christmas here, I’m back to work,” she said.

What she likes about Slovakia is that family time, holidays, and relaxation are considered more important. “What they say is true. In the United States people live to work and in Europe they work to live.”

Happy memories of a terrible year

When New York became the epicenter of a pandemic in early 2020, people didn’t know much about the virus yet, so Novakova Grab closely tracked the situation. “Maybe it’s too close. I was scared to go shopping, so I bought the item almost online. It took me a while to get over it and my husband helped me a lot. He didn’t do anything. I’m not afraid. “ At some point, she stopped watching the news and found it most useful to spend a lot of time outside the city. “Then I planned a wedding in New York and a wedding in Slovakia, so I had more fun,” she recalls her big day on both sides of the ocean. Despite the difficult circumstances, her memories of this year will definitely be happy.

Katarína Nováková Grubb brings a lot of positive energy to the Slovak community in New York. For several years in the United States, she has built a close network of contacts. “We believe that our heartfelt Slovak nature is behind it. I don’t take it like a job. I like people. Talking to them is vital to me. It’s a stimulus. “ 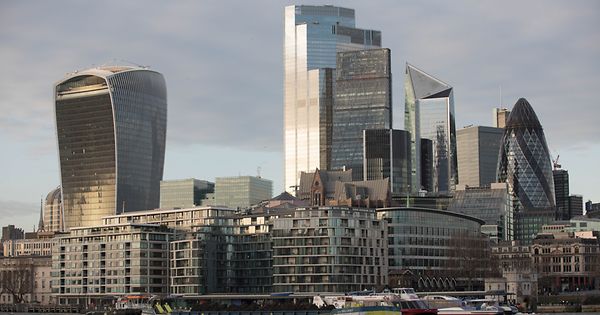