Turkish President Recep Tayyip Erdogan said Turkey is fighting not only terrorists who are hostile to the country’s values ​​and existence, but also those who unleashed them on Turkey.

Erdoğan, referring to Greece, said the Turkish government knew that those whose harassment in the Aegean Sea caused unrest were acting as “someone’s agents”.

“We know that those who sow insecurity in the Aegean Sea with harassment and disrespect at every opportunity are nothing more than pawns,” Erdogan said at a military ceremony in Istanbul on Wednesday.

Erdoğan added that Turkiye is fully aware of the unrest being waged in the Eastern Mediterranean to undermine Turkey’s interests.

His remarks were made after Turkish jets engaged in NATO missions in the Aegean and eastern Mediterranean on August 23. harassed By the Russian-made S-300 air defense system stationed on the Greek island of Crete.

Turkey’s Defense Ministry is preparing to send radar records of the incident to the NATO Director General and allied defense ministries.

Erdoğan said Ankara will not only fight terrorists who are hostile to the country’s values ​​and existence, but also the terrorists who unleashed them on Turkey.

– We recognize the purpose of those who do not sell us weapons given free to terrorists at our borders
– Those who disturb the Aegean Sea with harassment are puppets
– Currently able to produce 80% of military equipment pic.twitter.com/Y56VCwFINE

https://www.trtworld.com/turkey/erdogan-those-who-stir-up-unrest-by-harassment-in-aegean-sea-are-pawns-60335?utm_source=other&utm_medium=rss Those who harass and make noise in the Aegean Sea are pawns

Most of what the 2017 Observer Group claimed was never implemented

Lara and Stein join the coaching staff of the Hyderabad team 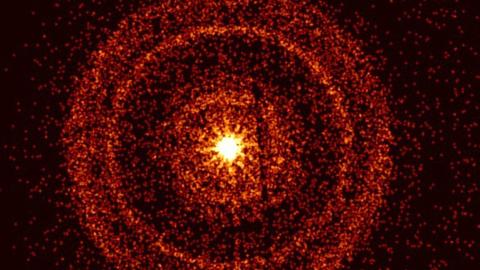 North Korea blames US, regional allies for move towards “NATO in Asia” | News