A tourist bungalow complex has been proposed to replace the two existing obsolete farms within the Natura 2000 site in Marsaxlokk.

Located in an area known as Il-Ballut, which includes sensitive saltwater wetlands, this application destroyed two existing obsolete farms, formerly for pigs and one for sheep. We are trying to build a tourist accommodation facility including auxiliary facilities in the basement and the first floor. In addition to the facility, other additions and changes.

In fact, the block plan submitted as part of the application shows that the applicant wants to build seven separate bungalows. In most cases, there are multiple guest rooms, a driveway for bungalows, and a driveway with a deck area.

This application was submitted by AMJ Invest and Falzon & Cutajar is the building company behind the project.

This site is located along the Triq il-power plant in Marsaxlokk. This road continues until you reach the Delimara power plant.

Il-Ballut is not only a farmland in an external development zone, but also protected by Natura 2000 and is a special conservation area due to the presence of salty wetlands. It is also locally protected as an ecologically important area, a scientifically important area and a bird reserve.

The area of ​​the site itself is about 28,000 square meters. However, according to the publication application submitted by the applicant, the development will only take 3,874 square meters. Of the same site.

This is the area of ​​land that will be developed according to the site plan submitted as part of the application. The four important sized fields are marked as part of the property, but are not included in any of the plans submitted so far. This means that it could remain untouched as part of this development. In one field developed as part of these plans, seven independent one-story buildings will be built, including the basement.

The block plan also shows a driveway plan for five of these seven buildings, including a shared pool and deck area plan.

The public application states that renewable energy sources will not be used, but some building plans require applicants to use solar panels on some ceilings. Is shown.

Since the application was only recently submitted (in the second week of April), there is no recommendation for approval or refusal by the planning authority’s case officer. Similarly, no external consultations have been held yet, but except in consultation with Water Services Corporation, we have only instructed developers to identify specific requirements related to sewage drainage and water spills. ..

However, in the Marsaxlokk Bay Local Plan, it is considered an “important tourism scheme outside the defined opportunity area”. [of which there are two in Marsaxlokk] Not allowed. ” This site is just outside one of these opportunity areas.

Overview A development permit is, in principle, an approval for the proposed development and is subject to certain reservations that must be included in the subsequent full development application.

It is legally established that outline permits can be converted into something like a vested interest in development, and even if conflicting planning policies are enacted, they cannot be dismissed. The above reservations should not be construed as an obstacle to the issuance of a full permit.

The outline development application was introduced in 1992, before it was deprecated in 2010. These were reintroduced by the 2016 Planning Act, leading to the disappointment of many environmental NGOs who said it would make little sense to approve something in principle without a complete grasp of the project details. rice field.

The application will be listed in Government Bulletin Next week, it means that stakeholders will have the opportunity to challenge the project numbered PA3071 / 22 until June 10. 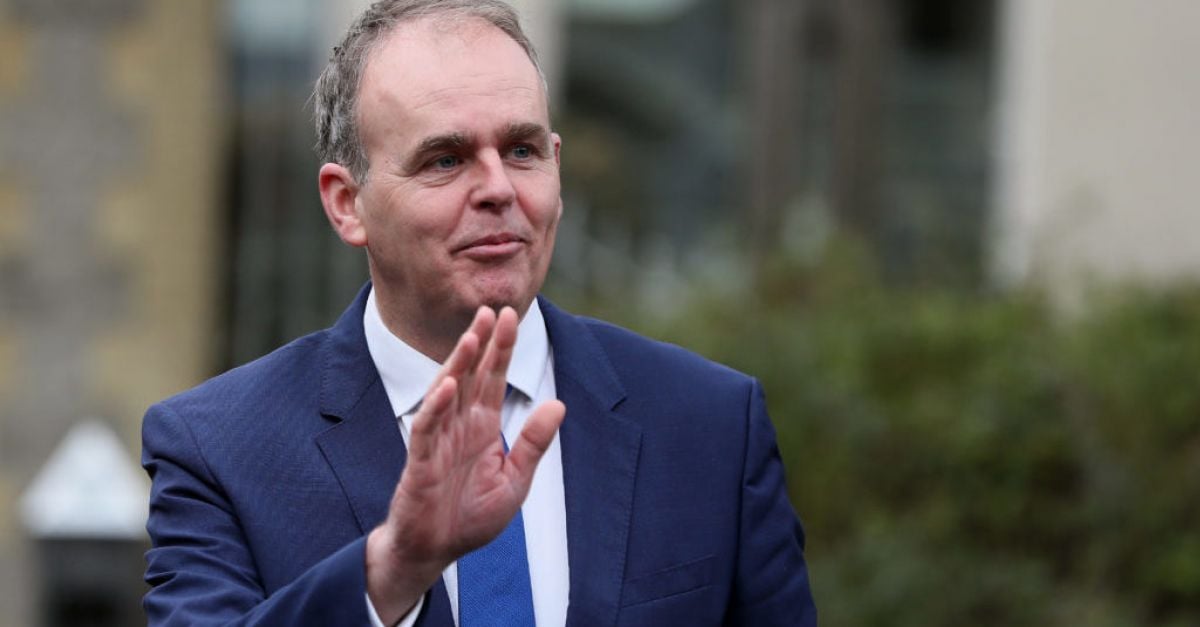 Government loses Dale’s majority when McHugh resigns with a whip Nord Stream-2 – a new defense order to meet the needs of Russia.strategy