“President Erdogan, working with the United Nations, was able to broker a deal between Russia and Ukraine that would allow grain to be shipped from Ukrainian ports via the Black Sea.

He noted that 22 million tons of grain had not been moved because of the Russian blockade, and that there had been disagreements between Moscow and Kyiv over Black Sea demining.

“The stalemate has resulted in skyrocketing international food prices, threatening starvation for millions and creating the potential for mass migration to Europe,” he said.

The deal will allow Moscow to export food and fertilizer, he said, adding: “The deal is literally a lifesaver.”

“There is no question that the grain deal is a big win for the Turkish president,” he said.

According to the agreement, a joint coordination center was established to conduct inspections at port entrances and exits and ensure the safety of shipping lanes.

MHRSD: 9,546 Saudis were hired in 5 sectors in 3 months.Well below target rate 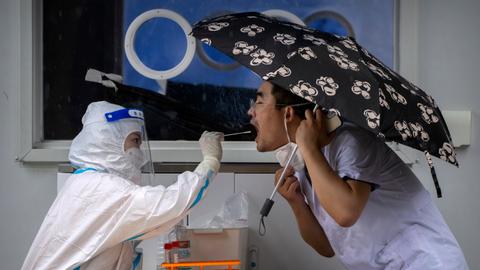 1.7 million people blocked in central China after a surge in Covid cases Unplug and let your mind wander