In response to an attack on civilian facilities, including oil tankers and international airports in Abu Dhabi on Monday, United Arab Emirates Minister of Foreign Affairs and International Cooperation Sheikh Abdullah bin Zayed al-Nahyan said the country “these We reserve the right to respond to terrorist attacks. ” “Criminal escalation,” “a crime committed in a serious violation of international law.”

“Today, the Houthi militia accuses of targeting private areas and facilities in the soil of the United Arab Emirates. According to the state news agency, the person responsible for illegal targeting in the country will be held accountable. I will reiterate. ” Wham..

“The terrorist militias have taken timid actions to spread terrorism and turmoil in the region to achieve their illegal purposes and objectives,” the ministry said.

Abu Dhabi police on Monday confirmed that a fire broke out that morning, causing three oil tankers to explode in ICAD 3, Musaffah, near ADNOC’s storage tank. It led to the deaths of one Pakistani and two Indians, while the other six suffered mild to moderate injuries. The Ministry of Foreign Affairs of the United Arab Emirates expressed its heartfelt condolences to the deceased’s family.

Later that day, ADNOC issued a statement confirming the incident and loss of life at the facility. “Around 10 am this morning, an accident broke out at the Musaffah fuel depot in Abu Dhabi. An emergency response team, including civil defense, fire and ambulance response teams, and an ADNOC emergency response team swiftly arrived at the scene. Participated and the fire was controlled and extinguished. ADNOC is deeply saddened to confirm that three colleagues have died. Six more colleagues were injured and immediately received specialized medical care. A dedicated support team supports the families of all affected people. “

Around 10 am this morning, an accident broke out at the Musaffah fuel depot in Abu Dhabi. ADNOC is deeply saddened to confirm that three colleagues have died.

Apart from ADNOC’s oil facility, a minor fire broke out in the new area of ​​Abu Dhabi International Airport.

There was strong criticism from all GCC countries, including Qatar, Saudi Arabia, Oman, Kuwait and Bahrain.

The Arab Parliament has strongly accused the terrorist Houthi militia of launching a booby trap drone at Abu Dhabi. The Arab Parliament emphasized support for the UAE and all steps taken to combat these sabotage. The Secretary-General of the Organization of Islamic Cooperation (OIC), Hussein Ibrahim Taha, has also expressed strong condemnation of the attack, repeating OIC’s position in favor of the UAE and all the steps it has taken to protect its territory and security.

Other countries that have emerged to support the United Arab Emirates include Iraq, Egypt, Jordan, Mauritania, Morocco and Egypt, among others.

Sheikh Abdullah bin Zayed al-Nahyan was also called by US Secretary of State Antony Blinken. Brinken reportedly confirmed in a phone call the US’s accusations and accusations of terrorist Houthi militia attacks on civilian areas and facilities in the United Arab Emirates.

https://gulfbusiness.com/uae-says-it-reserves-right-to-respond-to-houthi-militia-attack-in-abu-dhabi/ United Arab Emirates states that it “reserves the right to respond” to the Houthi militia attack in Abu Dhabi 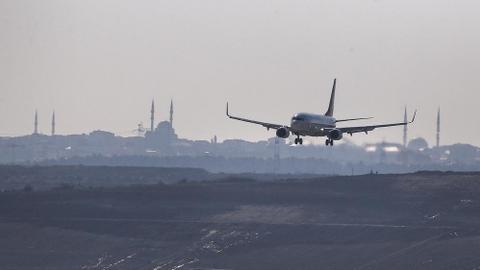