In April, the UAE announced the start of a space mission to the ISS, and the Mohammed Bin Rashid Space Center (MBRSC) signed a strategic cooperation in manned space flight with Axiom Space, a leading manned space flight and infrastructure company. Did.

The agreement also strengthened cooperation between MBRSC and the US space agency NASA. This is because the two entities work extensively over the duration of the 6-month mission.

According to the state news agency WhamUAE will be the 11th country in history to send long-term missions to space.

Arneyadi was selected from several Emiratis astronauts as the first Arab astronaut to engage in a long-term space mission to the ISS.He will participate NASA, SpaceX, Crew 6 missions It will be launched from the Kennedy Space Center in Florida in the first half of 2023.

During the mission, Arneyadi will carry out many detailed and advanced scientific experiments as part of the UAE Astronaut Program.

#UAESultan Arneyadi will be the first Arab astronaut to receive a six-month mission to the International Space Station scheduled for 2023. The UAE will be the 11th country in history to send long-term missions to space. @MBRSpaceCentre @ Space station pic.twitter.com/QTY2unOT5Y

Following the announcement of the election of Al Neyadi, UAE President Sheikh Mohammed bin Zayed al Nahyang and Sheikh Mohammed bin Rashid al Maktoum, Vice President, Prime Minister and Ruler of the Emirates of Dubai Said in a statement that the UAE is strengthening its position in the space sector. Arneyadi inspires Emirati and the Arab youth.

Sheikh Mohammed bin Rashid congratulated the people of Emiratis for being selected for Al Neyadi’s mission. He emphasized that Al Neyadi is the role model of the Emiratis youth we are proud of and will be the ambassador of all Arabs in the Space Race, laying the foundation for this important sector. I emphasized that it has been established. Qualified national executives, launching further scientific projects related to space exploration, and supporting related industries.

United Arab Emirates is improving its position in the space sector with the determination of the people: President#WamNews https://t.co/l5DXM8O7y2 pic.twitter.com/hyjPMYX2yl

Al Mansodi will be the second Emirati astronaut to fly into space after spending eight days on the ISS in 2019, when Hazza Al Mansouri exploded into space with a Russian Soyuz rocket from Baikonur Cosmodrome in Kazakhstan. ..

Encouraged by the leadership of the United Arab Emirates, Sultan Arneyadi will be the first Arab astronaut to participate in a six-month mission to the International Space Station in the first half of 2023.excellence pic.twitter.com/oqZgJOB1tv

Sultan Arneyadi We also used Twitter to express our gratitude and excitement for being selected for the mission. He thanked the UAE leaders for their support and said, “Raise the UAE flag again in space.”

Thank you from the bottom of my heart. My choice as the first Arab astronaut for a long-term mission is a great honor and responsibility to accept with a strong desire to raise the UAE flag again in space. https://t.co/0GCMvQz0qg

https://gulfbusiness.com/uaes-sultan-al-neyadi-will-be-the-first-arab-astronaut-to-join-iss-mission/ United Arab Emirates Sultan Arneyadi will be the first Arab astronaut to participate in the ISS mission 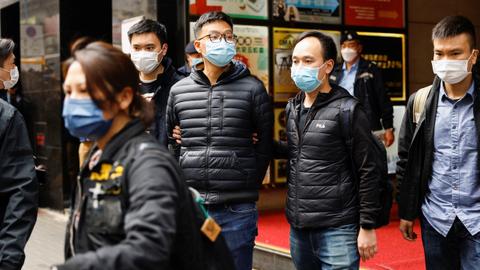 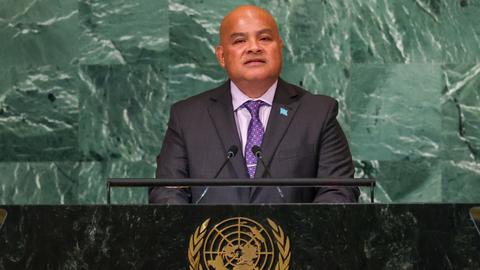