RIYADH: Saudi Arabia’s Minister of Communications and Information Technology said at the Global Cybersecurity Forum in Riyadh on Wednesday that the world needs a new approach to protect itself from emerging cyber threats.

Abdullah Al-Swaha added his voice to calls for reform in the face of increasing threats from hackers and rapidly advancing technologies such as AI and quantum computers. These technologies have the potential to overthrow even the best cybersecurity available today.

He said the kingdom had risen to number two in the world in cybersecurity rankings, but added that it needed to “rebuild its skills” to maintain its position. “We have to move away from traditional IT to protect everything,” he said.

He called for education in dealing with artificial intelligence and quantum computers, and warned that some AI programs may already mimic human behavior.

“We need quantum to fight quantum. We have to rethink the whole thing.

“It used to be said that it was impossible to build a quantum computer that could rival a digital supercomputer. Three years ago, the impossible happened. It was.”

He said China’s quantum computers exceed the capabilities of modern digital devices by a factor of 100 trillion.

He said the transition to the quantum age may be gradual, but it is inevitable.

Kaku added that humans would have to create sophisticated trapdoor functions that would make it harder for criminals to break into security devices.

The forum brought together international experts under the theme of “Rethinking the Global Cyber ​​Order”.

4,500 participants from over 110 countries discuss a wide range of cyber issues.

“We live in a very difficult geopolitical situation. The countries that could lead the (cybersecurity) collaboration are actually at odds with each other. Take the initiative?” he said.

He said decision makers need to be educated about cyber threats, create appropriate regulatory policies, and enable them to create a safe online space.

Doreen Martin, the incoming secretary-general of the United Nations International Telecommunications Union, has argued that world leaders are paying attention to cybersecurity concerns.

Martin acknowledged that the world needs to prepare for the looming wave of technological innovation.

“I think each of us has more to do, because as we increase, the cyberworld moves faster, the quantum gets faster, and of course the metaverse is just around the corner. “I have to do more,” she said.

Martin said the ITU helps countries conduct their own benchmarks, identify defensive gaps and look to others for best practices.

“It is encouraging to see an overall positive trend, with some countries introducing new legislation and stepping up training of law enforcement agencies.”

He said the market has undergone a transition with risk modeling like insurance. Using such a model would allow us to understand the impact of that risk on assets under management, he added.

Interpol president Ahmed Nasser Al-Raishi said at the event that the world needs better information and exchange of ideas to overcome global threats.

Even without diplomatic relations, if there is a base for information exchange, it is important to protect the people.”

Al-Raisi said the estimated annual loss from cybercrime has doubled since 2015 to $6 trillion and is expected to reach $10.5 trillion by 2025.

“This figure is more than the profits made by all drug dealers in the world plus more natural disasters in a year,” he said.

With the whole world becoming a village with vast spaces of the Internet, a large field has emerged for all criminal activity in cyberattacks.

“My past experience with smart transformation has led me to make cybercrime a priority by developing the first strategy in my organization (INTERPOL),” he said at the rally.

The move ensured that the 195 Member States have the systems and capabilities to not only respond to cyberattacks, but also prevent them, he added.

Christopher Blassiau, senior vice president of cybersecurity and global CISO at Schneider Electric, said the changing and disruptive nature of the global energy market has made the sector vulnerable to hackers. “There are big risks,” he said.

Digitization is progressing at a fast pace because a green agenda is absolutely necessary, bringing full visibility into asset performance and a better dialogue between humans and machines, says Brashaw. added Mr.

Meanwhile, cyberpsychology expert Mary Aiken, who has studied the impact of technology on human behavior, believes that the unanimity of the Internet is one of the major threats facing the modern world. says.

“The Internet was created on the principle that all users are equal. It’s not true. Some users are vulnerable, especially children and women,” she said. “Young people take risks online that they wouldn’t in the real world.”

In recent years, the Middle East and North Africa region has seen a surge in cyberattacks, with many businesses suffering more losses than in other parts of the world. This problem is exacerbated by the fact that 57% of organizations report that cybersecurity positions are open.

Weak lines of defense make businesses more vulnerable to significant damage, according to a report released Wednesday by the Global Cybersecurity Forum.

The report also states that about 94% of women in the Middle East are interested in cybersecurity research, yet only a small number of women are active in that field worldwide.

Laila Bin Haleb Al-Meiri, founder and president of Alive Group, Alive Medical, Alive Labs, and Alive Consulting and Education, told Arab News that women have a high level of emotional intelligence and a unique perspective on issues. Perspective and this extra talent.

Al-Mheiri said there is a misconception that women are not qualified to succeed in a male-dominated society.

“I have received admiration and support from my male counterparts in Saudi Arabia and the UAE. It has been nothing but positive for me,” she said.

Mary O’Brien, General Manager of IBM, says we’ve met opportunity, respect and inclusion along the way. But as a woman, she said, “I’m very aware of the lack of women around the table and the lack of diverse thinking that comes with it.”

Role models and allies are essential to create change, she told Arab News.

In the report, more than 70% of respondents said their role models inspired them to learn more about the industry and pursue a degree in cybersecurity.

For many women, seeing another woman move up the ranks gives them the confidence to move forward, she said.

Ultimately, O’Brien suggested getting young women involved in STEM early on to help break down some of the prejudices that limit their progress. 1,597 complaints received by municipalities in October

DeSantis wins Florida in a landslide, gears up for 2024 run US retail sales were little changed in July as car and fuel purchases fell.retail news 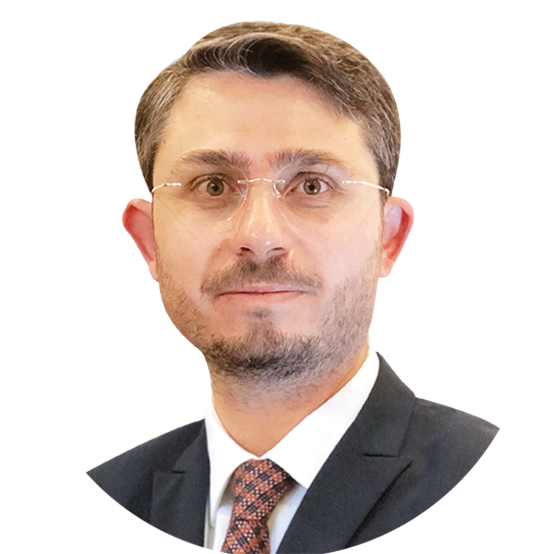 The role of grain corridors in alleviating global food shortages