Thai pro wrestlers Tanapol Mahavong aka P’Suchart (2nd from left) and Shivam Tripathi aka Shivam (2nd from right) wrestle Singaporean pro wrestlers ‘Dr Gore’ and ‘The Butcherman’ at the SETUP Thailand Pro Wrestling show in Bangkok ” and played against. — Photo by AFP

The 25-year-old wrestler, who goes by the stage name ‘P’Suchart’, was one of about 20 people who slapped, slammed, and hit each other at SETUP Thailand Pro Wrestling.

Part sport, part show, is slowly gaining popularity in Thailand, where co-founder Bhumi Boonyatud uses a distinct Thai script to carve out a space for local wrestlers. I hope that

A crowd of about 250 in Bangkok suggests it may take off.

“We try to combine our Thai martial arts background with professional wrestler training.”

“P’Suchart,” whose real name is Tanapol Mahavong, first fell in love with wrestling when he played video games as a kid.

He believes that “character building is more important than wrestling skills.”

“Have wrestling skills that you can train. Put enough energy into it and you can become a good wrestler,” he told AFP.

“But having a good character is a whole other story,” he said, adding that his motorcycle-and-taxi wrestling persona was inspired by a character from the Thai film Heart Attack.

Like many on stage on Saturday nights, he trains and performs for his 9-5 job as an editor.

“When I was training hard and my body was beaten up and bruised, my office manager told me to go home and rest,” said Tanapol.

Despite losing the match in the end, the spectacle in the ring definitely struck a chord with the crowd.

“They got me as a fan,” said Jerry Massey, an American tourist who stumbled upon the show’s promotion and pitched in to see how it measures up.

“This is something different for me,” said the 45-year-old American professional wrestling fan.

“I was absolutely impressed.”

As Tanapol says, “Anyone can be a good wrestler, but not everyone can be an interesting wrestler.” — ETX Studio

Jewels of the Kingdom: Celebrating Five Years of Painstaking Restoration Project in Diriyah 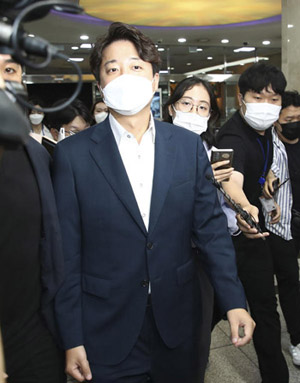 Ministry of Health, Labor and Welfare focuses on six pillars to create a healthy society