Colombo (No.1 News) – President Ranil Wickremesinghe says steps are being taken to strengthen 74-year ties between US and Sri Lanka, with US offerings whenever Sri Lanka is in trouble I will never forget your help.

President Ranil Wickremesinghe made the statement at the official opening of the new US Embassy in Colombo on Wednesday.

The President expressed his views on the diplomatic relations and mutual understanding between the United States and Sri Lanka during the war, and thanked the United States for the support it provided under the leadership of George Bush during President Wickremesinghe’s premiership in 2001. I made a point.

The President also recalled the assistance provided by the U.S. government led by Bill Clinton to help Sri Lanka recover from the 2004 tsunami disaster, noting that without the intervention of the U.S. led by President Joe Biden Sri Lanka could not have recovered. said deaf. for a successful maha season.

President Wickremesinghe further pointed to the 74 years of friendship, partnership and bilateral relations between the United States and Sri Lanka, and the preparation of the first currency law and the support the United States provided to a well-developed legal system on currency. I expressed my gratitude. Establishment of a central bank.

Having enjoyed such long and friendly relations, Sri Lanka and the United States will continue to work together as close friends in the future, the President said. He added that he is moving forward. each other to maintain peace and democracy.

Below is the full text of President Ranil Wickremesinghe’s speech.

“Thirty-eight years ago, I stood in another building next door where I witnessed President Jayawardena opening the new United States Prime Minister’s building. It was housed in a mansion that belonged to my great grandmother Helena Depp Wijewalhena.I think it’s the only private beach in Sri Lanka and the only embassy that has a private beach.This is your I’m sure it will be a real source of joy for the marine scene.

As the Ambassador said, we started diplomatic relations 74 years ago, so when we celebrate our 75th anniversary next year, we will also be celebrating our 75th anniversary with the United States. But our contact with the United States goes back much longer than that. Over 200 years ago, when missionaries arrived here in Jaffna to open a school, I wondered how those missionaries went to Jaffna with the British while they burned the White House in Washington. I was thinking

But we have to thank them for setting up one of the first hospitals in Sri Lanka. The Green Hospital, where they performed Yeoman service in Jaffna during the war, was not only Christian missionaries. Everyone knows about Colonel Alcott and the service he performed. , Ananda College.

It is not only in the fields of education and religion. Americans were some of the main buyers of graphite at the time, so they were actually trading our graphite trade phosphate. Our relationship was not only trade, not only education, not only religion, but also military. He was the deputy commander of the Southeast Asia Command, which was housed in Kandy.He controlled Chinese forces in India, Burma and China.That’s how our military relationship began.

After the war, when he helped Joe Nixon prepare the first currency law and set up the central bank, the economic link is one of the best drafted laws I’ve seen. Political alliances were also forged, especially in his 1951, when the then Secretary of State had to rely on representatives of then-Finance Minister JR Jayawardena and several other Asians backed the peace treaty. , had to make a speech in support of Japan’s peace treaty. So even at a critical time, we were there.

In 1957, I headed to Galle to help with flood-affected areas.

In 1977, when I became Deputy Minister for Foreign Affairs, President Ronald Reagan, Prime Minister Margaret Thatcher, and Prime Minister Nakasone gave me a boat to the region, along with Prime Ministers Lee Kuan Yew and Malcolm, a pivotal era. was. Fraser and JR Jayawardena President. This was his turning point that contributed to the final geopolitical shift when the USSR collapsed in 1989.

I remember when I went to the UK in 1993, Vice President Al Gore asked me to sign an agreement to put Sri Lanka on the Internet. So it’s been a long relationship. Here it is clear that I must mention the support given by President George W. Bush when he was Prime Minister in 2001. How he helped when the cyclone hit us again, and how his father, the president, George Bush, and President Clinton were here with us. Is not … It’s a friendship that has lasted a long time, and when I once again, as Prime Minister, restored democratic principles and upheld the rule of law and freedom of expression, I needed your help.

This is what Sri Lanka has promised and won’t let you out of there. This is the democracy as we all know it, and we are proud to say that we are practicing democracy in 1931. Shall we exchange notes on what we can ask of you? speaker?

President Biden, I met him when he was in the Senate and I had to go see him.In 2017 we met again on the unique occasion of hearing President Xi speak. There was

I don’t think it’s the end of the beginning. Again, I say I’m with both at the same time, but I still have to thank President Biden for helping us out at this crucial moment. We can’t make Maha Season a success without your help. So in a way this building symbolizes the relationship of brick and mortar that has brought us together. Both countries together it’s wrong, it can’t be broken. But this new building is also, in a way, a symbol of a new era in which relationships must develop. We have seen how rapidly geopolitics have changed since last year, and in this world, new relationships need to be put into action, and we have been working to protect peace and democracy. We have no doubt that we will respect each other and continue to work closely together.

Thank you very much. “

https://www.newsfirst.lk/2022/10/30/without-president-biden-we-will-not-be-having-a-successful-maha-season-president-wickremesinghe/ You can’t have a successful Maha season without President Biden

A response to baseless allegations – The China Project 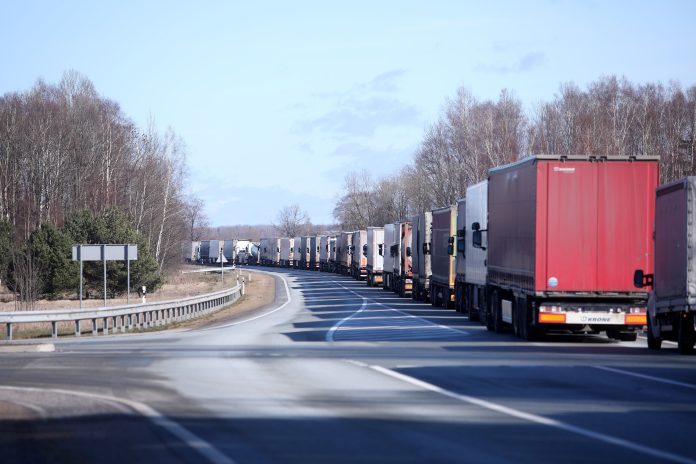 After EU sanctions, there will be a long line on the border between Lithuania and Russia and Belarus-Baltic News Network Hajj: All Malaysian pilgrims have gathered in Arafat for wuquf, says the Minister of Religion