Last week, Wizz Air announced that it will add two more aircraft to its Larnaca base, expanding its capacity and routes. In an interview with Phileleftheros, Wizz Air president Robert Carey said he was very happy with the company’s choice to establish a base in Cyprus. Additionally, he speaks of efforts to attract visitors from Saudi Arabia and the potential for Cyprus to become a year-round destination.

Your decision to be based in Cyprus in 2020 came as a surprise to many, as it was made during a pandemic. Given the fact that earlier this week you announced the deployment of two more aircraft to the Larnaca base, why did you make this decision and how do you assess it in hindsight?

While many airlines have downsized during the pandemic, we saw it as an opportunity for growth. We saw markets like Cyprus as having very attractive destinations and potential for further growth. Thanks to our partnership with the Minister of Transport, the Ministry of Tourism and Hermès Airport, they provided support in clarifying our decision to enter. He is recovering well after the viral infection. Demand for Cyprus this summer was high. This was combined with the latest incentive packages and support from the Minister of Transport, Ministry of Tourism and Hermès. This is why he is investing two additional aircraft in Larnaca, doubling his capacity, opening new routes and increasing the frequency of others. Looking back, I am very happy with the decision to open a base here.

In recent years, Cyprus has diversified its tourism market, attracting tourists from other countries, especially Europe. What do you think contributed to this, and how can Cyprus’ tourism market further expand towards Asia and America?

I think this is mainly due to the diversification of tourism strategies you have followed. I think the plans and strategies laid out by the Minister of Tourism were clear and gave everyone direction. Since then, all parties have performed well on it, offering attractive ‘products’ in various aspects with world-class facilities to attract people from all over the world. Considering its prime location, not far from most of the world, and the wonderful Mediterranean climate, I think we can definitely expand into new markets. Pretty focused. As in Europe, flights are much shorter and it is much easier to attract new tourists.

What do you think makes Cyprus attractive and what improvements do you think could be made in the near future to make Cyprus a year-round destination?

Cyprus has great destinations. It is located on the Mediterranean Sea and has a wonderful climate. In addition, there is the island’s cultural heritage and new modern hotels and resorts that attract a diverse clientele. Moreover, it is starting to diversify into different types of activities that attract more types of tourists. This can be seen in passenger numbers as the season continues to extend. This is great for us. Going forward, we will continue to invest in activities that increase our annual turnover, such as golf. This gives people more reasons than just a great beach!

You recently announced a major expansion to Saudi Arabia. Cyprus appears to be part of this effort. Do you think Cyprus is attracting tourists from this market?

absolutely. Since the first flight, there has been a tremendous response from the Saudi people to his Wizz Air products. Saudis are a young and dynamic group who love to travel and explore, so expect Cyprus to be a part of it. We believe there is still a lot of potential for new volume stimuli from Saudi Arabia and Cyprus offers a number of attractive features. We want to give Saudi people the opportunity to visit and explore parts of Europe.

I also think it’s important to emphasize what we consider to be a two-way market: there are business ties between the two countries, and we believe that many Cypriots will come to travel to Saudi Arabia. Additionally, Saudi Arabia is investing heavily in expanding its tourism infrastructure and is looking to expand its space, which is expected to bring tourists in other directions as well.

Following the pandemic and the war, all flights from Ukraine and Russia to Europe have been canceled until further notice. Do you feel that dealing with crises is now part of your job? Have these crises created new opportunities?

As you point out, the last few years have been tough. There have been pandemics, wars, European infrastructure challenges, and economic challenges. But this is not necessarily new to the airline industry. We routinely deal with major recessions every seven years, with smaller crises in between. Production problems from Airbus and Boeing, ash clouds, you name it. So, from my point of view, crises and responding to them has always been part of my job. This period could be a few more times than normal, but they were always part.

That being said, you are right. Every crisis creates opportunities. As I said earlier, the pandemic is a great example. We had an opportunity to enter a market that historically had no support, like Cyprus. And we were fortunate to be able to do it in many other markets as well.Thanks to our low-cost position, we were able to get to Cyprus, Italy, Albania, the UK, and the United Arab Emirates much quicker than usual. Expanded footprint.

Given that Europe saw unprecedentedly high travel demand last summer, and despite adversity, current levels of inflation and the ongoing energy crisis will impact travel in the coming months. How do you see

This is another challenge, but one that the airline industry and consumers have seen time and time again. This will bring difficult economic times, but customers are very clear – they choose even more value during these times. there is an increasing tendency to This buy-down effect means that it puts more pressure on the more expensive legacy airlines and ultimately cuts capacity (as we have seen this winter, all legacy airlines are basically out of capacity). We’re flying at about 75-80%, we’re growing at 35%, Ryanair at 10%). As capacity decreases, equilibrium between capacity and demand is restored. Ultimately, therefore, there may be some decline in travel demand, but low-cost carriers will continue to be the winners in this environment and thrive.

https://in-cyprus.philenews.com/news/local/you-have-an-amazing-destination-in-cyprus-wizz-airs-president-tells-phileleftheros/ ‘You have a great destination in Cyprus,’ Wizz Air president tells Phileleftheros Denmark paves the way for ‘loss and damage’ climate assistance 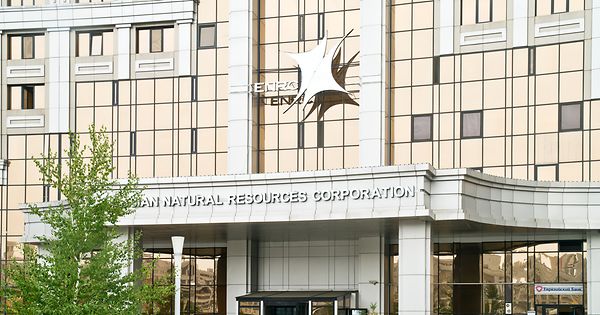