In an unusually confrontational statement, the Ukrainian president put boxing legend Vitali Klitschko on duty for an extended period of time without electricity in the capital.

In a rare public altercation involving Ukrainian leaders, President Volodymyr Zelensky took his word for setting up emergency shelters to help those without electricity and heat after the Russian attack. He criticized the mayor of Kyiv for what he did poorly.

As a result of the suppression of Russian missile attacks on power generation systems, Ukraine has established thousands of so-called “invincible centers” where people have access to heat, water, internet and mobile phone links.

In his evening speech, Zelensky indicated that Kyiv mayor Vitali Klitschko and his officials were not doing enough to help.

“Unfortunately, local governments do not work well in all cities. Kyiv Complaint … more work is needed to say the least,” he said, adding that the level of services available in many Kyiv centers is not sufficient.

“Be careful. The people of Kyiv need more help … a lot of [them] No power for 20 or 30 hours. I expect quality work from the mayor’s office. ”

Zelensky also criticized those he said lied in the official report, but gave no details. Over 4,000 centers have been established to date.

The remark was unusual, as Zelensky was trying to cultivate image of national unity During war, it is customary to shower praise on officials.

Early on Saturday, Kyiv city officials announced that water connections had been restored across the city, but some 130,000 residents remain without electricity.

All power, water, heating and telecommunications services are expected to be restored within 24 hours, according to city officials.

A 51-year-old former professional boxer, Klitschko was elected mayor of Kyiv in 2014.

He said earlier Friday that more than 400 “heating points” will be installed in the Ukrainian capital, providing vital practical tools for residents to charge their electronic devices, drink hot tea and navigate life in the blacked out city. He said he could find information.

Klitschko told Telegram that stations are located in schools and other public institutions and are open daily.

Klitschko has yet to respond to Zelensky’s criticism. The pressure on boxing legends is greater than ever.

“When I try to explain all the challenges I have, [would] It takes weeks.” Klitschko Said soon. “It’s fear, they [left] With no electricity, no heat, no water, we freeze. ”

Power still comes on – sometimes – but can’t be relied on anymore. In a city where WiFi is ubiquitous and most things can be done online, power outages lasting hours have become the terrifying new normal for many.

Zelensky said the Russian strike had damaged about half of Ukraine’s energy infrastructure.

In a pitch-black Kyiv restaurant, people dine in near-darkness, served by waiters with candles. The occupants wake up in the middle of the night and it’s their turn to get power again for a few hours to shower and wash.

The number of missiles and drones passing through the capital’s air defenses appears to be declining as it is reinforced with Western-supplied systems to shoot down bullets.

“I’m a lot better than I was before, definitely,” Klitschko said. “But it’s not enough. We need more to protect other cities.” 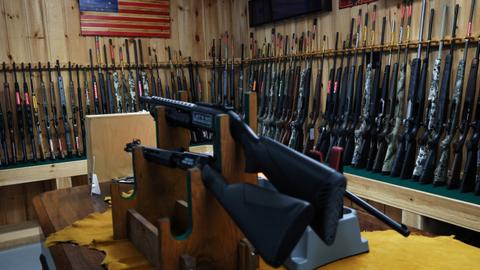 Brussels urges EU countries to be careful with visas for Russians